Brands Celebrate All Types of Dads This Father’s Day

Summer time is often a slow season in the retail sector when the busy shopping days of the Christmas season are long behind us. Happily, it is also a time to get outside and connect with family and friends, and there are several warm weather events that boost consumer activity including graduations, Memorial Day, the Fourth of July, and, of course, Father’s Day.

These smaller holidays and causes for celebration are ripe for summer slump busting promotions and campaigns. In the U.S. a record $15.5 billion was spent on Father’s Day in 2017. Over three quarters of Americans celebrate the day every year.

Facebook reported that mobile posts increase 26-percent during the summer. That movement towards mobile engagement is notable. True, it’s a trend that is happening all year, but in the summer time, people are on the go even more, heading to the beach, taking trips, or simply just getting outside to enjoy the weather—and most can’t resist the urge to share their experiences with their online followers.

Accordingly, it’s never been more important to build campaigns that are extremely mobile friendly. Need proof? 92-percent of summer-related conversions happen on mobile devices. Plus, thanks to online retail platforms like Shopify and BigCommerce, a growing number of transactions are happening right in third party apps like Instagram and Snapchat.

A More Expansive Role for Dad

Dove, is no stranger to cause marketing for women’s issues. Their “Real Beauty” campaign encourages women to embrace and celebrate their unique differences. This summer, however, they are spreading a positive message for fathers. Unilver’s Dove Men+Care brand launched a global campaign with a short film titled “Dear Future Dads” that features a diverse cast of new fathers explaining their parenting philosophies.

The campaign also hopes to raise awareness about the importance of paternity leave. Dove commissioned a study by Promundo-US, a non profit that promotes gender relations, which found that only 15-percent of U.S. men have access to paid paternity leave, and many of those who do get leave reported fearing repercussions for taking their employers up on the offer. Dove made contributions to a number of crowdfunding campaigns that support paternity leave. 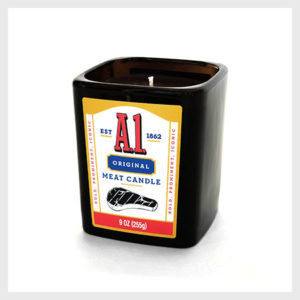 The brand also touted the fourth year of its “New Dad Care Package,” which, to date, has distributed over 40,000 care packages containing skin, hair, and deodorant products to new dads. What it means to be a dad is changing. The line between the duties of mothers and fathers in raising kids isn’t as sharply defined as it once once, and Dove’s campaign recognizes that shift.

That said, other brands, like Kraft Heinz’s A.1. steak sauce took a somewhat more lighthearted approach by releasing a limited edition series of meat-scented candles. Within hours of its announcement all three varieties, Original Meat, Backyard BBQ, and Classic Burger, were sold out. Clearly, what it means to be a father in 2018 is expanding, but the classic trope of dad manning the grill still resonates with people. It makes sense, though. Just because fathers have started wearing new hats doesn’t mean they have put down the tongs.

So, however you spend Father’s Day this year, have a great one!