Budweiser might not be owned by an American firm anymore, but that’s not stopping its parent company, Brazilian-Belgian beer conglomerate Anheuser-Busch InBev, from playing up the brand’s legendary patriotic bonafides.

Starting Monday, May 23, the wordmark on cans of Budweiser — that is, the beer’s very name — will be replaced simply with the word “America.” And its slogan, the “King of Beers,” will be swapped out for the statement on the Seal of the United States: “E pluribus unum” (“Out of many, one”).

That’s a mighty big rebrand. According to Ricardo Marques, vice president of marketing for Budweiser, “This is going to be the most patriotic summer that this generation has ever seen — with the Olympics, COPA America, the hundredth anniversary of the National Park Service, and the presidential race. We want this packaging to inspire people to celebrate America and Budweiser’s shared love for freedom and authenticity.”

Bud isn’t the only brand wrapping itself in the flag in 2016. For the first time in 122 years, candymaker Hershey is changing the colors on its classic chocolate bar to red, white, and blue letters to promote its sponsorship of the 2016 U.S. Olympic team.

Coca-Cola, in a continuation of its “Share a Coke” campaign, is rolling out “Share a Coke and Song” this summer, which will feature song lyrics replacing the wordmark on its soft-drink bottles and cans. A cross-promotion in honor of the 75th anniversary of the United Service Organizations will include a limited edition of cans with the lyrics “I’m Proud to Be an American.” 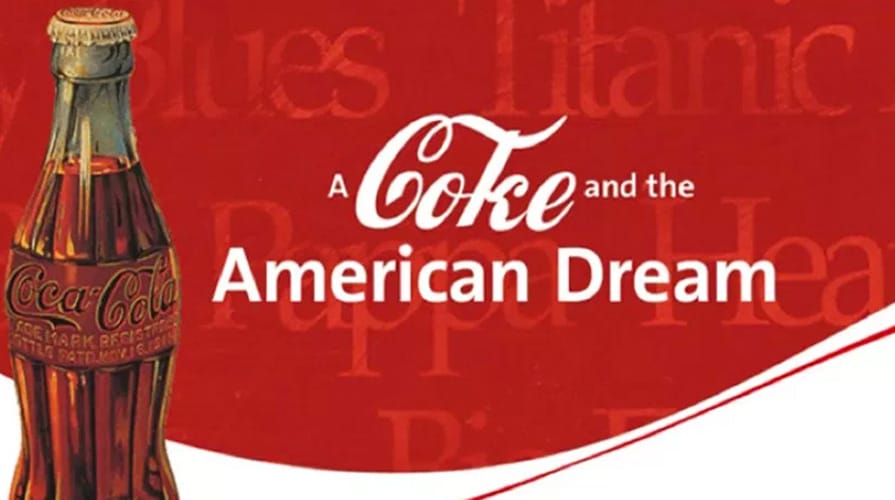 While all this election-year flag waving might seem a bit much, trading on their American heritage is nothing new for companies such as Coke, Hershey’s, and Bud. American exceptionalism is a powerful brand: “People like to do business with companies that share their values, and organizations that demonstrate patriotism in their marketing efforts are often appealing to individuals with a strong sense of national pride.”

Patriotic branding takes advantage of the many influential and positive characteristics that consumers associate with the United States. “For example, tropes of confidence, masculinity, efficiency, power, and quality are all present in branding from companies that represent what it means to be an American.”

Nationalism in marketing comes in many forms, including giving products patriotic names, using the colors of the flag on packaging and products, offering discounts to active and veteran members of the military, aiming promotions at civilian emergency services personnel, and highlighting products or materials that were designed or manufactured domestically. (Apple even takes that “Made in the U.S.A.” motto a step farther to emphasize its home state of California.)

American in Name Only?

In response to the study, Mark-Hans Richer, chief marketing officer for Harley-Davidson, said, “Personal freedom and independence aren’t unique to America, but they are inherently tied to American values, which are among the reasons why our customers are drawn to our products.”

Interestingly, like Budweiser, many of these brands and companies are no longer owned or even based in the United States.

Jeep, number one on the list, is part of Fiat-Chrysler, an Italian-American multinational. But the “brand still oozes American tradition and values.” Its storied Wrangler predates the SUV boom but still holds its own in the market today. The rugged 4×4 “has remained largely unchanged since its use in World War II, and has become an icon of American durability and off-road performance.”

It appears what matters most to consumers is that companies using patriotic messaging are maintaining a connection to their national heritage. Despite the vast political differences on display this year among competing views of what America the idea actually means, America the iconography is still profoundly meaningful to our sense of identity. And that’s about as deep as branding can possibly get.