The top ten things we expect to see more of online this year.

The world wide web is over three decades old, but it’s still learning new tricks! As we look ahead to 2023, here are the top design trends the style mavens and web pros at Hanlon are expecting to gain major traction with leading brands.

Perhaps paradoxically, nostalgia never goes out of style. The vibe of the late 90s and early 2000s is back and can be seen everywhere from music to fashion and, of course, on websites. It’s appearing in the form of retro typography and pixelated graphic design that mimics the unpolished feel of Web 1.0. Pixelation, in particular, is growing in popularity on the web.

More and more sites are eschewing modern, wide color gamut, high resolution imagery and instead sharing blocky and bygone graphic designs that don’t try to hide the fact that they are just a collection of pixels. Instead, they show off their digital artifacts proudly. 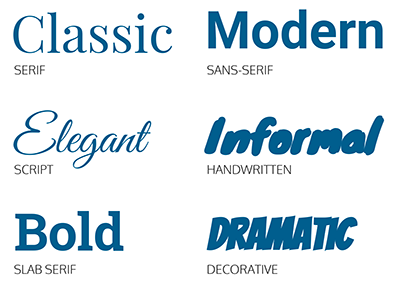 Text-centric design saw impressive adoption in 2022. We expect to see even more experimentation this year, especially around custom designed fonts. That might mean just taking a traditional typeface and adding a unique modification or it could entail developing a complete new font or even hand drawn lettering.

The current list of web-safe fonts is large and diverse, and Classics like Helvetica, Garamond, and Verdana are still safe, readable, and excellent choices for a huge number of brands, but for those that want to stand out, the beaten path will never do.

Material Design, a design language developed by Google, has long recommended that developers use interactive elements to improve the user experience (UX). Google has made clear that UX scoring is a major factor in how it ranks websites.

Hence, their advice is taking root in 2023. More sites are improving their user experience with micro interactions like hoverable tooltips, progress bars and icons, rollover effects, and other interactive features that make finding information and navigating a site more intuitive and gratifying. 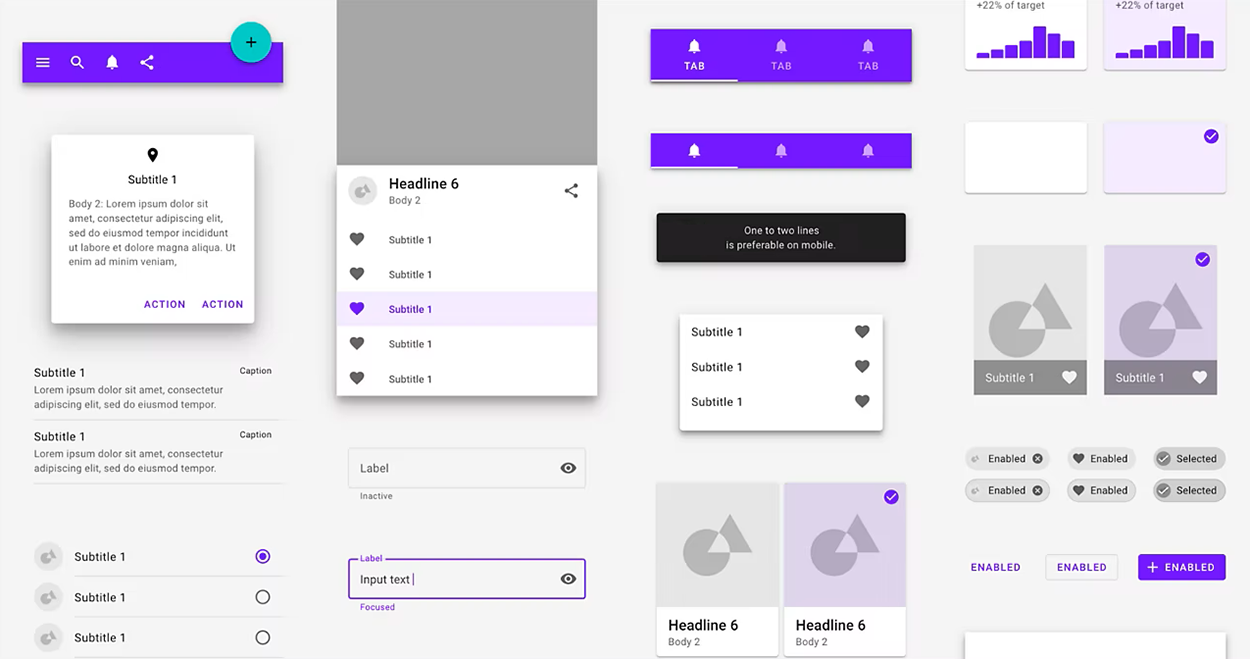 Between responsive and accessible design — which require web developers to build sites that work well both on a variety of different devices and screen sizes as well as sites that can be used by all sorts of people, including those with disabilities — modern websites are already highly adaptive, but users still want more.

In 2023, we predict more sites offering alternative viewing options like a night mode that switches the UI to darker shades, reader-friendly versions with mostly text, and the ability to turn off animations if the user would like to.

Horizontal and vertical parallax effects were hot last year. These motion effects change as the user scrolls; the website background moves at a slower pace than the foreground image. Well, for 2023, devs are taking things in a new direction, adding realism and depth to pages with parallax zoom effects. Instead of the image moving up and down or side to side, scrolling zooms in, creating 3D movement. 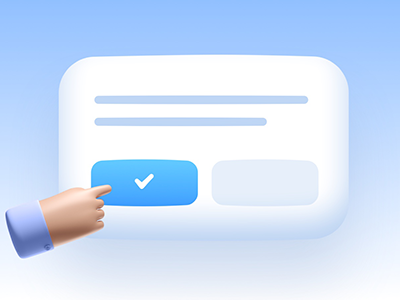 Flat, 2D minimalism has been the dominant design for the better part of a decade, ever since 2013 when Apple abandoned realistic, skeuomorphic icons in iOS 7. That trend is still going strong and well-liked for its cleanly organized layouts, but there is a rising tide of web designers that are eager to break free from a flat plane.

Some are using fully 3D models, others are adding multilayered animations that create the illusion of depth, and there is a lot of interest in so-called claymorphism, which is characterized by the addition of shadows and highlights to make flat designs appear as if sculpted from clay.

Subtle gradients, flat designs, minimalism, and clean iconography haven’t stopped looking good and they still win plaudits from top designers today, but a growing number of websites are taking the alternative approach and throwing out modern rules of design.

Digital maximalism embraces so-called “dopamine colors” (vivid, colorful, uplifting hues), an eclectic mashup of different styles, chaotic layouts, overlapping screen elements, and an almost complete disregard for the sanctity of whitespace. It’s certainly not the right look for every brand, but those that are willing to let their hair down can make it work. 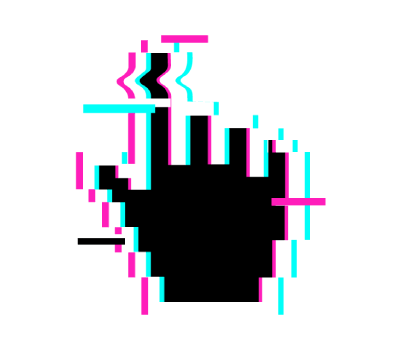 The humble cursor, that little arrow, finger, or I-Beam that enables users to select things and operate a user interface, is getting an upgrade for 2023. Plain, monochrome cursors are being replaced with unique and colorful static and animated designs.

The reason for the uptick in this trend is twofold. First, users are simply bored with the tried and true and looking for something more visually interesting. Second, it is now much easier to deploy a custom cursor on a website without forcing users to download or install anything extra like a cursor pack or a browser extension.

In addition to adding visual flair, custom cursors can also aid in accessible design, such as by offering a larger cursor that is easier to see for the visually impaired or a cursor that animates to indicate an action occurred for those with hearing loss.

Google penalizes pages that take too long to load with lower search results rankings. Yet, some websites are simply better organized with one, very long homepage. The solution is to stop loading absolutely everything all at once and instead deploy a system like Lazing Loading and Infinite Scrolling.

Lazy Loading is a system that tells browsers to only download the content that the user is actually seeing and to wait to download the rest until they start scrolling to it. Infinite scrolling removes pagination and simply loads the next page below the first when the user gets there. It’s a growing trend. Even Google switched to infinite loading for its SERPs at the tail end of 2022. 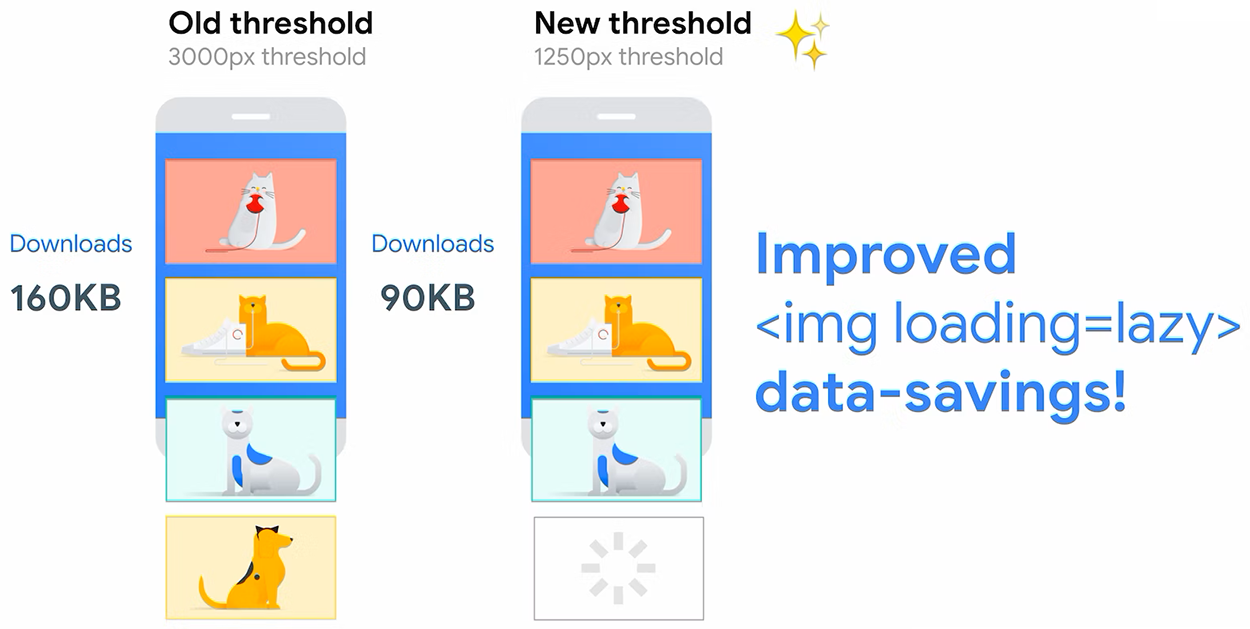 There’s plenty of debate among designers about the right image file for the web. Some prefer PNG because it’s lossless and always looks perfect. Many more say load times can’t support lossless images on the web and push for JPG for everything. But, for a growing number of websites, there is a third option better than either: SVG.

The Scalable Vector Graphics (SVG) format is lossless like PNG (so, no ugly compression artifacts) and it’s very lightweight like JPG. But unlike either, it isn’t rasterized (made up of individual pixels). It’s vector-based (made up of geometric shapes). That means it scales effortlessly, which is a massive help for responsive design, and ensures images look great without negatively impacting load times or the user experience.

They aren’t optimized for things like high resolution photographs, but just about everything else, designers should be at least testing to see if an SVG image is a good fit.

Is it time to rebuild or refresh your business website? Get in touch with the branding and web design experts at Hanlon today.