Is it Time For Your Brand to be Revitalized? Build a Rebranding Plan to get Back on Top

Brands make up a large part of the intangible value consumers and investors ascribe to companies. Consequently, many organizations are reluctant to tamper with an identity they have devoted significant resources to establishing.

However, due to a variety of reasons, including shifting market forces, evolving consumer behavior, or internal changes, every brand will eventually need to modernize. Rebranding is a broad term that covers everything from minor tweaks in visual aesthetic to a totally new identity and marketing strategy.

In a complete rebranding, everything from brand names, symbols, logos, visual and verbal identity, and customer experience gets analyzed, updated, and rebuilt to better match current market needs. It’s an opportunity to refresh and revitalize something that needs improvement.

Major rebrands happen for a number of reasons,but they all share a common goal: securing the renewed trust and affinity of consumers.

Unsuccessful rebrands, such as when the Gap tried to update its logo a few years back, can see companies quickly retreat in the face of customers making their unhappiness known. Such examples, however, are less common than those that are able to strategically reposition themselves without turning off their existing stakeholders.

For example, Pabst Blue Ribbon, one of America’s oldest beers, spent decades watching their brand equity dwindle before deciding to introduce itself to a new generation. It invested in youth oriented marketing like sponsorships for music festivals and social media influencer campaigns. These efforts were successful in making it the brew of choice for the coveted Millennial market. 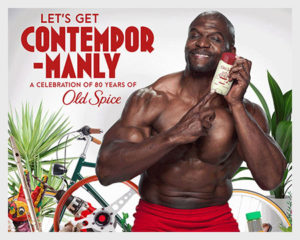 Old Spice is another classic brand that risked fading into obscurity. It was associated with an aging demographic and looked on with alarm as newer brands like Axe dominated the male grooming market. Old Spice saved itself with a concerted series of campaigns over the last few years that gave them a new swagger. Today, a brand born in the 1930s feels fresh and relevant. It frequently produces advertising that goes viral.

One of our favorite rebranding projects was the TransPHARMation initiative for Good Neighbor Pharmacy. Three independently owned pharmacies from around the country were selected for an extensive, 48-hour makeover. After extensive site analysis and pre planning, signage, layouts, visual merchandising strategies, staff training procedures, and more were rapidly modernized to showcase the incredible, revenue-boosting improvements that are possible with even just a minor investment.

The Right Rebrand for Every Size Business

The key to an effective rebranding program is sensitivity and care, and an approach that is tailored to the status of the company. For established brands, changes should be made slowly and incrementally, testing the waters with each adjustment to ensure you aren’t losing buy in. For smaller and newer brands, it is safer to move more quickly.

Many small businesses reach a certain size where they realize it’s time to put a more polished brand structure into place. Doing so is a prerequisite for expanding into more competitive and lucrative markets. When that time comes, they have an opportunity to make radical changes because their current notoriety is still fairly low.

Additionally, smaller brands have fewer logistical hurdles to overcome in a rebrand, including less existing creative collateral on hand at any given time, fewer physical locations to update, and a smaller workforce to re-outfit or retrain. Smaller businesses are also simply more flexible and move faster than larger ones, making the transition easier to accomplish in a rapid time frame.

Consistency is a powerful brand reinforcer. Every customer touchpoint should express the same brand promise, visual identity, and positive associations. If old and new brand concepts are intermingling, it injects confusion and disorder where there should be clarity and uniformity. When a small brand decides to update its image, it often has the luxury of wiping the slate clean and avoiding that pitfall entirely.

When faced with changing times every brand is presented with two options: either change with them or watch their market share be taken by those who  are willing to adapt.

Rebranding can be a delicate operation, but at the end of the day companies are left with greater brand equity and a marketing position that is more relevant to customers and built for a new era of growth.