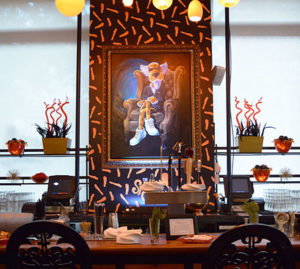 The retail landscape is in flux. Ecommerce is growing unabated, but traditional brick and mortar sales is undergoing a transition as consumer behavior changes. Online shopping is a powerful new competitor. It’s fast, it’s easy, and the array of options is vast and always expanding.

But, some things are still better done in person, so traditional retail’s days aren’t numbered just yet. New retail strategies are being tested constantly. Pop-up shops, temporary retail operations, which run for a few days or weeks and then disappear are a thriving new sector in retail.

They are proving to be an effective new tool to experiment with products and marketing and create brand experiences that endure long after the events themselves are carted away.

More and more brands are seizing this opportunity to delight their customers. Here are 10 pop-ups that connected:

Online shopping is convenient, but it’s not typically a delight for the senses, nor an event worthy of sharing with your social network. Pop-ups, by contrast, are often visually arresting, unique moments that are built to be instagrammed, snapchatted, and tweeted.

In this media-infused, share-happy age, pop-ups are bringing fun, excitement, and novelty back to retail.