Set Yourself Apart With a Brand Differentiation Plan

Everything is relative. To understand the value of something it’s always helpful to compare it to a similar entity. Goods, services, and brands are no exception. When looking at two comparable products on a shelf consumers look for points of difference such as if one item has better features, is more economical, or has a more familiar and enticing brand.

Thanks to a wealth of comparison shopping tools like Yelp, Trip Advisor, Angie’s List, and of course reams of online reviews for everything under the sun, that very basic activity of informed consumerism has been supercharged. In just a few clicks shoppers can have every point of difference spelled out in detail for them, which is why differentiating your brand from the competition has never been more necessary.

The benefits of an effective differentiation gameplan go beyond just increasing sales and marketshare over your competitors, they also feed into brand loyalty strategies. The more they choose your product over others, the stronger their connection to it grows.

But, there is a balancing act to brand differentiation. Fail to differentiate and you’re just a generic item, easily glossed over. But, differentiate too much and you risk ending up in no man’s land, a brand without a category with no similar products to be compared favorably to. 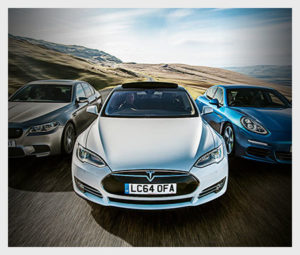 The happy medium is a brand that is actively and advantageously differentiated, but still associated with a larger group — ideally one it can thrive in or even dominate.

Tesla is one such brand that has been working hard to find that balance. It wants to differentiate itself from other carmakers as the premier all-electric vehicle company. But, it still wants to be considered part of the larger automotive industry, not a stand-alone unicorn in its own league.

Differentiation is an effective strategy for narrowing down consumer choices. When one product in a category proudly advertises a feature, for example a smartphone with a built in voice assistant, every other product in that category and price point without that feature is suddenly less desirable.

That fact surely drove Samsung to develop the Bixby voice assistant for its smartphones, fearing a loss of sales to customers interested in Apple’s Siri. By most accounts, the still somewhat glitchy Bixby isn’t a point-of-difference for Samsung. It’s not considered superior to Apple’s product, nor is it an exclusive feature.

But, it does serve as a point-of-parity where they can at least claim to match the competition at some base level and fight back at Apple’s attempts to differentiate. Points-of-parity aren’t usually a reason to choose a brand, but a lack of them can be a reason not to.

Hit ‘Em Where They Ain’t

Bixby and Siri are examples of the differentiation fight at the micro, feature-level, but it can also be seen in much broader, brand-wide, strategic decisions. Snapchat is generally seen as having used a smart differentiation plan to take on social media behemoth Facebook. 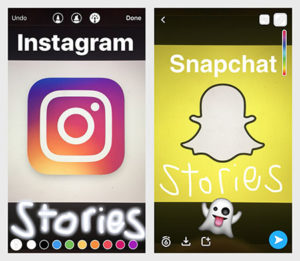 Rather than confront Facebook head on by attempting to be the social media network for everyone, it focused instead on the 13 to 34 age group. It built features teenagers wanted like disappearing messaging and a highly mobile interface and marketed itself almost exclusively to social media-savvy online influencers.

Snap still hasn’t overtaken Facebook, but in just a few short years its differentiation strategy has helped it climb the app charts to be perennially among the top three for teenagers.

Differentiation is hard and can be quite expensive, especially when it requires extensive research and development to continually update performance and features. Plus, it’s only a matter of time before your rivals try to copy your success. Just ask Snapchat, who has been fending off all manner of Facebook offshoots trying to clone its features.

That’s why brand strategy is a vital component to the procedure. Don’t let your differentiated product go unheralded. Tout your advantages before the competition catches up, build brand loyalty, and extend your lead.

Do you need help differentiating your offering? Download our Blueprint for Successful Branding and get started today.