Netflix has been on a buying spree for the past few years. It was relatively easy to secure content when the company was still transmitting most of its movies through the mail. They could buy as many physical copies as they liked and found many willing partners for their fledgling streaming business. Today, the big studios have plans of their own for controlling the platforms their content plays on. Faced with a dwindling catalog, Netflix opened its warchest. If Hollywood wouldn’t sell them movies and TV shows, they would just produce their own.

For “House of Cards,” its first hit, the company spared no expense, hiring A-list stars like Kevin Spacey and Robin Wright, and award-winning director David Fincher. But, Netflix tapped a different type of star to headline its newest buzz-generating projects. Social-media celeb Cameron Dallas was signed to an unscripted series that follows him and his social circle. Dallas rose to fame on Twitter, where he has 13 million fans subscribed to his feed. “Today he has a fanbase of over 35 million followers across different social-media platforms.”

Another online star, Colleen Ballinger, creator of the much-followed YouTube channel “Miranda Sings” was also picked for a new Netflix series. The streaming service is clearly hoping the purposefully unfunny songstress’ 8 million YouTube followers will be tuning in. And, they also did their homework when choosing which social media stars to back. According to Forbes most recent rankings, both Cameron Dallas and Miranda Sings are among the top ten most influential personalities in the entertainment category.

In the strange and still evolving world of online stardom, talent in the traditional form is taking a backseat to pure unadulterated influence. The ability to tell a funny joke, sing a moving song, or make a game saving basket is all well and good, but even better is having a huge built-in audience and a throng of devoted fans who will follow— and share— your every move. According to web video analytics firm ZEFR: “This all basically boils down to personality. Digital A-Listers have got it. They excel at being “real” and gaining their fans’ trust.” In an advertising marketplace where trust, authenticity, and genuine emotions are at an increasing premium, hitching your brand to social media influencers is becoming a must-have marketing strategy.

Most marketing approaches focus on a target market as a whole. Influencer marketing, however, looks closely at just a small subset of the target market: individuals or types of individuals with a great deal of social clout. Paid influencer marketing is more familiar to us. It often comes in the form of purchased testimonials and endorsements. When Nike signed Lebron James to a billion dollar lifetime endorsement deal it did so because of the legions of fans that want to emulate James and wear whatever he wears. By comparison, “Earned marketing stems from unpaid or preexisting relationships with influencers — those who are natural brand advocates.” No money changes hands; the influencer gets special access to the good or service, and the brand gets an excellent channel for word of mouth to spread positive buzz about their offering. 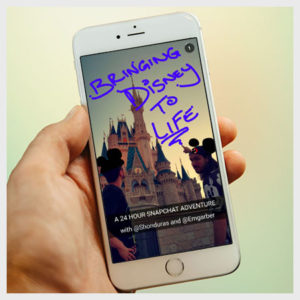 Disappearing messaging app Snapchat has become a hotbed for both types. Popular and attractive men and women are often seen posing with a variety of products, and the line between who is being paid for their posts and who isn’t is extremely fuzzy. Does that bikini model really love her protein shake, or is she being paid to say she does?

A recent patent filing may clear things up though: the company is considering implementing algorithms that search for brand names and advanced image detection software that can spot products in photos. Users could opt into payment systems that would generate revenue based on the brands they include in their posts.

The idea would create a formal system of compensation, and it might be tied to the success of the post. That would encourage users to share in creative and engaging ways, which would be a lot more effective than “…the usual strategy of paying top users to turn their personal accounts into an ad.”

Who’s the Right Influencer for Your Brand?

The first step in any influencer marketing initiative is finding the right influencer for your needs. The right person is usually someone that would use your product regardless of your contact with them. Additionally, they are exceptionally socially connected, active, highly-regarded, and typically one or two steps ahead of their peers in spotting trends.

This person is going to directly or indirectly represent your brand, so you want someone with an organic fit. Whitney Curtis, social media manager for Home Depot and head of the brand’s influencer program told Forbes: “We’ve spent a lot of time at conferences and scouring different corners of the internet, so we know we are partnering with the right people. In my experience on both sides of this coin, from the brand perspective and from the influencer’s perspective — it’s a successful partnership when the influencer is able to speak in their true voice.”

In an advertising marketplace where trust, authenticity, and genuine emotions are at an increasing premium, hitching your brand to social media influencers is becoming a must-have marketing strategy.

Furthermore, targeting genuine micro-influencers whose followings only number in the thousands is a lot more cost effective than aiming for super influencers. Widely known web celebs might have millions of people watching their every move, but they demand a lot of control as well as big paydays: “Now, if you work with some big YouTube guys, the Casey Neistats, those types of people charge $300,000 to $500,000, and brands don’t actually own the rights to it.”

A super influencer gives you instant and massive reach, but it’s almost certainly going to be rather shallow and fleeting as they move onto their next campaign. Mainstream influencers are more loyal to your brand and create meaningful social interactions. Plus, you can maintain tighter control over their output. However, don’t micromanage them or you risk losing that genuine engagement. If you have done your homework and picked the right people you should have confidence in their ability to express your message advantageously.

According to Eduardo Castaneda, head of social media for global mobile delivery service foodpanda: “I don’t feel like there’s any need to control it. Whenever we create content with influencers we trust they know what they’re doing, so I would say that the more you control the creation the more forced and unnatural it feels.”

Whatever the size of your company or brand, there is considerable value to be found in leveraging influencers. Studies have shown that influencer content is viewed on average for over two minutes – six times that of digital display ads. Influencer content also has a secondary benefit of improving your search engine optimization, as people transmit your name across the web.

Social media is an important part of any modern marketing strategy. Right now someone influential is loving your brand. Seek them out and help them spread the word!