When legendary adman Leo Burnett opened his agency in Chicago at the height of the Great Depression, he placed a bowl of red apples at the reception desk for any visitors who might come by. It was a small but symbolic act of generous hopefulness in a time of crushing scarcity, and it totally did not impress the local advertising community, who joked that, before long, Burnett would be selling those apples on the street.

He proved them wrong. Not only did Burnett manage to survive the lean years, he created some of the most iconic mascots, slogans, and campaigns in American history: The Jolly Green Giant. Tony the Tiger. The Marlboro Man. Allstate’s “Good Hands” and United Airlines’s “Come Fly the Friendly Skies.” Today, the company that still bears Burnett’s name is a global powerhouse — and shiny red apples have become a symbol of its earnestness and optimism. 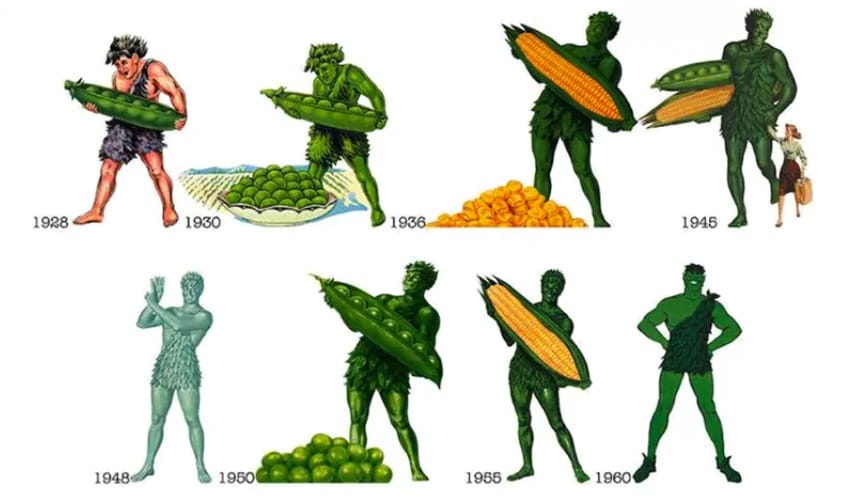 Positive thinking defined Burnett all his life. But he well understood that optimism doesn’t work in a vacuum. It takes blood, sweat, and tears for creative professionals to build images and concepts that resonate broadly and have staying power. That’s why big black pencils also became a Burnett company symbol: because the grandest schemes and dreams all begin life as simple sketches and rough drafts. As Burnett put it: “Big ideas come from big pencils.”

His own big ideas continue to shape the way branding agencies work today.

Before forming his own agency, Burnett got his start as advertising director of Cadillac Clearing House in Detroit. It was there that he met his mentor Theodore F. MacManus, who introduced him to the art of the soft sell in advertising.

Rather than making specific claims and promises, MacManus favored marketing that was built around archetypal concepts, powerful emotions, and compelling imagery. Stephen Fox, author of The Mirror Maker, described MacManus’s type of advertising: “In fact, you may not even mention the product or anything about it, but instead you surround it with images and associations that are likeable and friendly and often very beautiful.”

Burnett’s next job was at Homer McKee in Indianapolis. The agency’s eponymous founder helped Leo refine the soft sell approach into a signature style: “[McKee] gave me my first feel of what I have come to regard as the ‘warm sell’ as contrasted to the ‘hard sell’ and ‘soft sell.’”

The “warm sell” took the low pressure, visionary approach of a soft sell and added in true human emotions and feelings of connectedness. According to Burnett: “The work of an advertising agency is warmly and immediately human. It deals with human needs, wants, dreams and hopes. Its ‘product’ cannot be turned out on an assembly line.”

Burnett described one of the key components of his warm sell techniques as “dramatic realism,” a push to reveal the “inherent drama” in every product. He built brand equity by unearthing that essential aspect and bringing it to the fore. Once he found that core idea, he used the power of shared emotions and experiences to make it stick in people’s minds.

He rejected outright the notion of misleading or tricking consumers out of their hard-earned money. He also dismissed the use of superficial promotional tactics like contests or sexually suggestive imagery. “Anyone who thinks that people can be fooled or pushed around has an inaccurate and pretty low estimate of people — and he won’t do very well in advertising” he once said.

Burnett believed in the American ideal and traded heavily on its defining characteristics, such as strength, tradition, comfort, and family. His heartland-rooted values informed all his creations — which is perhaps, why they resonated so broadly and have proven timeless.

The Jolly Green Giant represents the bounty of nature. Tony the Tiger is a symbol of energy and fun. The Marlboro Man singlehandedly made a cigarette formerly marketed to women the most popular and unequivocally masculine brand in the market.

At the end of his career, Leo Burnett delivered a speech at his agency’s Christmas party that would become legendary in the industry as the “When To Take My Name Off The Door” speech.

The company he founded should only someday give up his name, he told them, if “you forget that the sheer fun of ad-making and the lift you get out of it — the creative climate of the place — should be as important as money to the very special breed of writers and artists and business professionals who compose this company of ours — and make it tick.”

Advertising has changed a lot since Burnett passed away in 1971. But most of those changes are about the mechanisms of advertising — not its underlying principles. Leo Burnett’s techniques, his ethos, and his drive still inspire us today, and the “warm sell” still holds sway.