The Reality of Augmented Reality

Some technologies always seem to be just over the horizon. Others are tantalizingly close. Driverless cars and artificially intelligent assistants haven’t quite hit the mainstream yet, but are well beyond experimental stages and beginning to show up in the consumer marketplace.

Virtual reality (VR) and augmented reality (AR), technologies that can overlay reality with new visual information, or replace what we see and hear completely, are not only here, they are already proving to be invaluable tools with industry-altering effects.

First There Was VR

Virtual reality emerged as a practical possibility in 2012 with the Kickstarter for a mysterious, scuba mask-looking contraption called the Oculus Rift. The ability of a small, hacked together project that was little more than a smartphone, two lenses, and a computer running some very clever software to produce truly next-gen VR was groundbreaking.

Virtual reality is a transportive experience. It takes over the eyes and ears of anyone donning the device and tricks their senses into believing they are somewhere else. Oculus’ achievement spurred a mini-arms race among the big tech companies.

In short order Oculus was acquired by Facebook, video game maker Valve teamed up with Chinese electronics manufacturer HTC to produce its own VR system called the Vive, and Samsung partnered with Oculus to produce the lower resolution Gear VR headset for its Galaxy smartphones.

Google, in typically disruptive fashion, managed to sidestep everyone else with Cardboard, a low-cost VR headset standard that opened the medium up to just about anyone – and drove traffic to its 360-degree videos on YouTube.

Millions of digital reality devices are already in consumers hands, and according to market research group CCS Insight, annual sales of headsets could hit 500 million by 2025.

The market for VR is still hot and gaining momentum, but some of its buzz has been overshadowed lately by its less mentioned sibling, augmented reality. AR doesn’t replace reality, but alters it in some way.

That can mean adding things like furniture apps that let you see what a new couch will look like in your home, navigational aids that pop up seemingly in mid air to direct you to something interesting, or static images that spring to life when viewed through an AR device.

But, AR can also remove unwanted visual information. Imagine if you could filter reality to your personal tastes. Someone with a food allergy could walk into the grocery store and block out all the products they can’t use, permitting them to focus on the things that might actually entice them.

Personalization has long been a dream of marketers. In an ideal world every ad would be tailored specifically to the person viewing it. AR has the potential to do just that. Billboards, print ads, TV commercials, anything the viewer sees can be modulated by AR.

That ability combined with programmatic advertising models is a recipe for truly customized, contextual marketing. It’s a mutually beneficial situation: consumers don’t get bombarded with irrelevant ads and advertisers don’t waste their resources communicating to the wrong audiences.

AR’s major advantage over VR right now is its portability and low barriers to adoption. VR requires a headset that shuts out the world. All AR requires is a smartphone or tablet and it keeps you connected to your environment. But, several companies are investigating uses for wearable AR in the form of smartglasses and headsets. 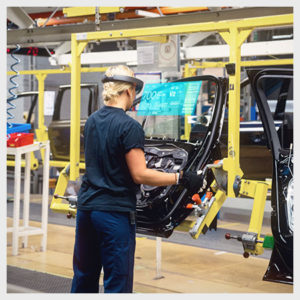 Until recently, most dedicated AR products have been low-production experiments that found few takers. Microsoft released its HoloLens AR headset to consumers in 2017, but at $3,000 its out of reach of all but the most diehard early adopters (the commercial version sells for $5,000).

Google Glass, released in 2013, caused a small firestorm from privacy rights activists that feared its small, unobtrusive camera would be misused in gym locker rooms and other private areas. Google discontinued the product in 2015, but just recently announced the project was back up and running, this time with a focus on B2B sales.

Though it was taken out of consumer circulation, several giant companies were quietly testing out the newest version of Google’s AR headset. GE reported its warehouse pickers were 46 percent faster when aided by Google Glass and an AR app that directed them to their next item to collect.

After consulting with GE, Boeing, DHL, and other companies about the results of their AR programs, Jay Kothari who leads Google’s Glass enterprise team, said:

“This isn’t an experiment. It was an experiment three years ago. Now we are in full-on production with our customers and with our partners.”

The next big story in AR was Apple’s entrance into the marketplace. When iOS 11, the operating system underpinning iPhones and iPads, was rolled out in 2017 it included ARKit, Apple’s new platform for developing augmented reality apps. With over a billion iOS devices already in circulation, ARKit spreading advanced AR capabilities further and faster than anything we’ve seen yet.

Android user saw AR invade their devices not long after. Google announced its own AR platform, ARCore, which is based on its 3D mapping-based AR testbed, which was codenamed Project Tango. 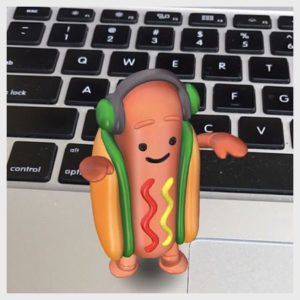 Already apps like Pokemon Go and Snapchat have awaken an interest in basic AR functionality. Pokemon Go superimposes digital monsters onto the real world for players to interact with. Snapchat has had several viral hits with its “lenses” and “geofilters,” real-time effects that can swap two people’s faces or place a dancing hot dog character on your desk.

What may seem like digital gimmicks are just the first signs of the broader adoption of a technology with the power to reshape not just images but industries. Deloitte found that 88 percent of companies with revenues between $100 million and $1 billion are already using AR or VR in their business.

Citigroup estimates revenues in digital reality (encompassing AR and VR) will hit close to $700 billion in less than a decade and could reach a trillion dollars by 2035.

The applications for augmented reality are truly endless. Beyond enabling consumers in their homes and out in the world, retail establishments are examining how it can be used to streamline in-store experiences.

Shoemakers are developing apps that let sneaker fans customize the newest kicks while they are still on their feet. Love the feel of those new Chucks but wonder what they would look like in red? Not a problem, thanks to Converse’s “The Sampler” AR system. Maybe you’re at the makeup counter at your local department store and would love to try on a few shades of lipstick. Swivel AlterImage and InstaTry by FaceCake can scan your face and simulate each product with live, photoreal results.

“In an ideal world every ad would be tailored specifically to the person viewing it. AR has the potential to do just that. Billboards, print ads, TV commercials, anything the viewer sees can be modulated by AR.”

Others are connecting augmented reality to existing loyalty and promotional programs, gamifying their stores to encourage shoppers to explore and try new products, such as with Walgreens’ Aisle411, indoor mapping and navigation app.

AR can turn static products into magically interactive displays. A common vitamin bottle on the shelf suddenly bursts into motion, offering helpful information and compelling visuals to shoppers. Lego has offered AR-enabled in-store kiosks since 2010. Simply hold a package of Legos up to the screen and the completed project hovers over the box

Japanese clothing retailer Uniqlo has begun installing augmented reality fitting rooms designed by tech startup Holition. A half-mirror touch panel and a Microsoft Kinect depth sensing camera turn your average fitting room into something far more powerful where you can alter the color of the shirt you are wearing without having to take it off.

So-called “magic mirror” technologies are more than just a novelty. They are already proving to have substantial effects on consumer behavior. High fashion retailer Rebecca Minkoff also uses a magic mirror in her dressing rooms. Designed by Oak Labs, the display permits users to touch the screen to make lighting changes, request style suggestions, and even buy the product and pay for it right then and there.

According to Minkoff, customers using her AR features “buy on average three times more apparel than in a regular dressing room.”

With foot traffic at retail stores dropping precipitously in the last five years, brick and mortar outlets are looking for opportunities to reinvigorate sales and make out-of-home shopping fun, fresh, and exciting again. AR is a golden opportunity to do just that.

Value is being added to the user experience, access to helpful information is being improved, and friction at the point of sale is being alleviated. Shoppers want the same control and resources they have when shopping online when they are in stores, and augmented reality is giving it to them.

Even the least tech-savvy person who tries AR quickly grasps how and powerfully this technology will change industries. When over three-quarters of Americans already own a smartphone (the platform that enables AR), the barrier to adoption is incredibly low. Within seconds of downloading the app, images leap off the page, products become experiences, and customers engage in ways they never dreamed possible.

Some future tech may be perennially five years away, but augmented reality is here right now and the impact is already incredible.