Thought Leadership was on Display at Insight VR

On December 1st of last year, Hanlon Creative and Blue Visual Effects joined together to present in in depth look at the incredible potential of virtual reality and related technologies at Blue’s Philadelphia studio.

All three floors of Blue’s impressive space were utilized to showcase the latest and greatest in virtual and augmented reality hardware and content at Insight VR. 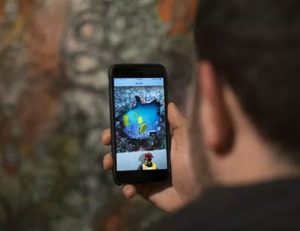 All the indicators of great thought leadership were on display that night: mindfulness, emotional intelligence, and strategic thinking.

Hanlon and Blue thought deeply about how these technologies will impact ours and many other industries and how best to serve as advisers and catalysts for others to take advantage of them.

Attendees used AR apps to make posters, paintings, business cards, and other printed materials come alive on their smartphone screens. They also had the chance to try out every major format of VR hardware on the market: Google Cardboard, Samsung Gear VR, Oculus Rift, and HTC Vive.

In addition to a number of remarkable passive and interactive 360-degree content, we showcased “The Future of Pharmacy,” a fully immersive VR experience produced for ThoughtSpot 2016, the annual Good Neighbor Pharmacy trade show, which was sponsored by AmerisourceBergen.

A Glimpse of Things to Come

During the panel discussion at Insight VR, Founder and Creative Director Christopher Hanlon spoke about Hanlon Creative’s role in designing an experience that was both moving and informative.

Howard McCabe, Executive Creative Director of Blue Visual Effects described the technical challenges that had to be overcome and the excitement of working on the cutting edge of his industry.

The event was eye opening to say the least. Just about everyone who donned the equipment could be heard “oohing” and “ahhing” at the mind bending visuals.

There really aren’t words that can capture how transporting and unique a well-executed VR session can be. It’s something that has to be experienced first hand. Which is one of the main reasons Hanlon and Blue decided to create the event.

The Vision to Lead

When something this powerful comes along, thought leaders quickly realize the potential and move just as rapidly to understand it, develop the skill set to harness it, and share it with the world. 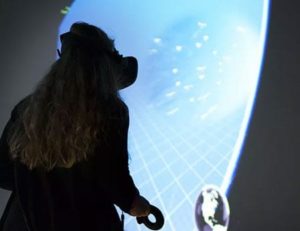 Expertise is a rare and valuable commodity that is highly sought after and greatly rewarded. Second-movers and those who sit on their laurels often find themselves mystified as the world world around them changes and they are left wondering how they missed out.

VR and AR are complex technologies with equally complicated issues of implementation. Hanlon and Blue proved at Insight VR that their grasp of this new frontier is strong and growing stronger.

The event showed not only the whiz-bang novelty of the technology (which is undeniably arresting), but also the real world applications like incredible levels of engagement, controlled environments, heightened interactivity and empathy activation, that will help brands and organizations reach audiences in ways that were once merely the stuff of science fiction.

Thought leadership inspires others, and that’s exactly what we set out to accomplish at Insight VR. We presented the whole universe of possibilities for these striking technologies. The next step is to take those ideas and leverage them into a wide-range of potent applications.

Thank you to everyone who joined us for this enlightening experience. I think you’ll all agree, the future has never been closer!