Why is Podcast Ad Spend Skyrocketing?

THE IPOD MIGHT BE DISAPPEARING, BUT PODCASTS ARE JUST GETTING STARTED

Last summer Apple killed off the Shuffle and Nano variants of its once everpresent music player, the iPod. It was the king of the MP3 era, but found itself made obsolete by the smartphone revolution. The pod may be leaving us, but one of its offshoots has never been more popular. 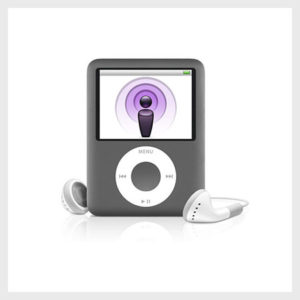 Podcasts, episodic series of audio shows that users can download or stream, were first released in 2004. Since then, they have steadily grown in popularity. According to Edison Research 40-percent of Americans have listened to a podcast and 15-percent tune in weekly.

Marketers are taking notice, not only because they see a great new channel to reach audiences with, but because this looks especially well suited to commercial applications. Comscore’s 2016 study found that an incredible two-thirds of listeners responded to a podcast ad by making a purchase.

The Audience is Listening

The Interactive Advertising Bureau (IAB) reported that the podcasting industry generated just under $120 million in 2016, not a massive figure in the world of advertising. But, the sector is growing at breakneck speed, reaching $220 million by the end of 2017, an 85% increase in just one year.

In light of these trends, big brands are warming up to the prospect of developing content, sponsoring shows, and purchasing ad time on a range of podcasts. What they are finding is a low barrier to entry, a highly receptive audience, and a diverse ecosystem of niche programming that enables hyper-focused targeting.

Further driving growth is the proliferation of smart speakers like Amazon’s Alexa-enabled devices and Google Home, which have become the fastest selling consumer technology today.

Podcasts are also gaining favor with advertisers because they are an opt-in format with highly loyal followers who are less likely to skip commercials than TV viewers. Plus, one of the benefits of podcasts is that listeners are free to multitask. They tune in on the drive to work, at the gym, or while cooking dinner — all times when their hands might not be free to skip ads.

An incredible two-thirds of listeners responded to a podcast ad by making a purchase.

Formerly, there were limited means of determining if that was truly the case or merely the best guess of marketers. But, last summer Apple finally introduced some more advanced analytics features to its podcast app, which is the most popular in the industry.

Now, creators will have access to metrics that indicate how long people listen and which parts of shows are being skipped. It’s a needed change that is helping move podcasts from a cottage industry into a station on the omnichannel worthy of serious investment.

Models of distribution, branding, and monetization are still being experimented with, but some major trends have emerged. The two most common podcast ad formats are integrated and dynamically inserted. Integrated ads are usually host-read copy that is permanently embedded in the program.

Brands are finding a low barrier to entry, a highly receptive audience, and a diverse ecosystem of niche programming that enables hyper-focused targeting.

Dynamically inserted ads are blank spots that can have rotating ads injected when needed. Either form can be positioned pre-roll (at the show’s onset), mid-roll (in the middle of the show, typically the longest and most expensive spot), or post-roll (the least expensive slot, at the end of the program).

Host-read, integrated ads are considered to be significantly more effective at generating a direct response from listeners, over three times more according to one source, but they are also five to 10 times more expensive on a cost per thousand impression basis and limit precision targeting. 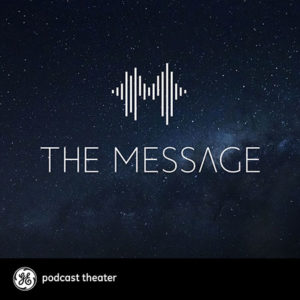 Dynamic insertion also enables A/B testing of ad copy and time sensitive offers. According to the IAB’s latest study of podcast revenue, the flexibility and cost-effectiveness of dynamically inserted ads drove adoption from 37-percent in 2015 to 56-percent in 2016.

Some brands are opting for a different tack. Both eBay and GE chose a branded content model instead of traditional advertising to take advantage of the podcast format.

eBay developed a series called Open for Business that offers insights and stories from small business owners. The show doesn’t directly taut eBay’s own website, but many of their episodes mention small business and gig economy entrepreneurs that benefit from the online auction marketplace.

GE’s podcast, The Message, which has over 5 million subscribers, sells with an even softer touch. It’s a science fiction program about cryptographers working on an alien message. GE is rarely named in the program, but their technologies are essential components of the story.

This is Just the Beginning

As more and more brands dive into podcasting, a once boutique advertising market that early adopters merely experimented with is growing increasingly crowded and established. Oprah made headlines when every ad spot for her first podcast, Oprah’s SuperSoul Conversations, sold out in just 24-hours in November.

Her show immediately hit the top ten on the iTunes rankings and its success is spurring other brands to consider podcasts more closely. Korri Kolesa, head of sales at Midroll, the largest podcast advertising network, told AdWeek: “Some brands have been hesitant to embrace the podcast space, but this type of content eliminated that hurdle of trust for them.”

It also doesn’t hurt that Nielsen is reporting that podcast listeners are just the type of demographic that advertisers covet: young with high income and education levels.

When you combine a fast growing format, big name content producers, influential brands, and an engaged and receptive audience, it becomes clear that podcasts are ripe territory for brand building and will long outlive its namesake.