The “Jelly of the Month Club,” might be the gift that keeps on giving, but it’s not exactly what most people want for their next birthday. Or is it? Like it has done so many times before, the internet has breathed new life into an old idea. Suddenly subscription commerce (also known as ‘subcom’) is hot again. 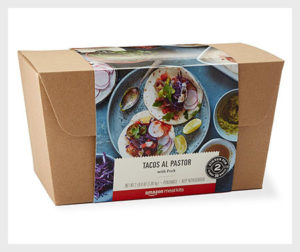 More recently, Amazon, the eight-hundred-pound gorilla of ecommerce announced it was wading into the fray with its own “Meal Kit” by mail. Combined with its extensive logistics and distribution capabilities and its recent acquisition of upscale grocer Whole Foods, Amazon is poised to disrupt yet another new market. Stock of Blue Apron, which starting mailing curated ingredient and recipe packages back in 2012, dropped 10% on the news. But, it climbed back up this week after analysts rated it a buy and forecast growth for the company and the sector.

There are two broad categories of subcom: convenience and discovery. Convenience services offer customers something they already want but in a format that saves them time and effort (e.g. FreshDirect and Dollar Shave Club). Blue Apron is more akin to a discovery oriented subcom. It allows customers to sign up for recurring shipments of an assortment of products that have been selected for them.

We’ve all heard about the amazing gift bags celebrities get at award shows, stuffed with the latest and greatest swag for people too busy to keep up. Discovery subcoms let anyone get a taste of the swag life and add a little excitement and spontaneity into their week.

Created by two Harvard Business School grads in 2010 to deliver monthly selections of four or five beauty products, Birchbox is arguably the originator of the current craze. Larger cosmetics retailer quickly followed suit such as Play by Sephora. Birchbox also inspired a number of cheeky imitators like Barkbox, which mails out dog toys and treats instead of lipstick and perfume. 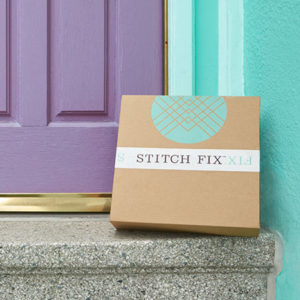 Stitch Fix is a subcom clothing retailer that has developed something of a cult following. For $20 a month, members receive regular boxes of clothing and accessory selections. They have the option of purchasing the items they like and send back the ones they don’t. The company started in 2011 and now employs 3,400 stylists to curate its mailings.

Along with Blue Apron, Hellofresh and Plated are trying to be the leader in curated home cooking, delivering daily or weekly supplies of ingredients and accompanying recipes for a regularly changing menu of dishes.

One of the appeals of subscription services is the ability to find and energize a niche audience. Loot Crate, formed in 2012, focuses on the geek demographic, mailing out boxes themed around pop culture, gaming and comics. Subscription services have proven particularly popular among men, potentially because they are less prone to visit physical shopping centers.

Subscription services add a degree of guidance that customers like, helping them make decisions they might feel overwhelmed by, like how to choose from a large number of competing products, or figuring out what is currently in fashion. It’s the epitome of shopping as an experience. Something marketers have been touting as a trend to watch for some time now.

You can even, let your experience be curated by your favorite celebrity. In 2011, Quarterly.co opened its digital doors and promised to let just about anything experience the thrill of digging through a trove a goodies selected by their favorite celebs and influencers. The company has grown exponentially since then, and today you can sign up for boxes from the likes of mega producer Pharrell, NBA star Jeremy Lin, and fashion editor Nina Garcia.

With $1.5 billion spent domestically on meal kit services alone in 2016, clearly this is a development to watch. Subscription box marketing isn’t a new concept, but the internet has made what was once a stodgy and outdated way to sell your goods into something young, fresh, and fun.

Afterall, who doesn’t like getting a care package in the mail?